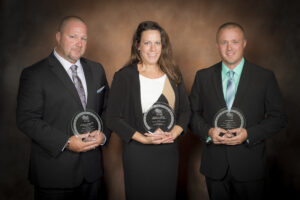 The structural engineered prefabricated wall panels were installed utilizing a 60-ton RT Crane.  Proprietary floor/ceiling joists were installed across exterior and interior bearing walls, then topped with metal decking continuing four floors high.  Concrete was poured over the decking by another trade, completing the process.  The building shell was enclosed in 26 weeks allowing for interior wall construction and MEP trade installation at a rapid rate.  Additionally, trusses, balconies, dormers, EIFS, metal studs, drywall, acoustical ceilings, and most of the interior finishes were proudly constructed by Robert D. Young Construction. 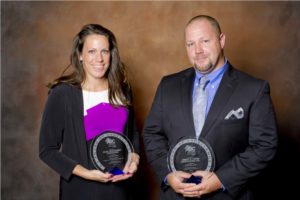 The Drury Plaza Hotel is located at 31 and 465 on the north side of Indianapolis. Robert D. Young Construction, a Wall and Ceiling Contractor and proud ABC Member, was chosen as the trade of choice for this four-star, 10-story, 303 room hotel.

The 600 linear foot exterior “eyebrow” cornice stands 13 feet higher than the roof and cantilevers 6 feet out from the top of the building.  All framing, welding, and sheathing were accomplished by RDY’s skilled tradesman at heights of 125 feet.

The interior lobby and amenity areas could be described as a maze of steel, framed arches, and curved drywall; resembling spokes on a wheel. Also included were 110 plaster domes and 3,000 feet of plaster crown moldings.  Additionally, 500,000 square feet of cold, formed framing, over 1 million square feet of drywall and 160,000 square feet of wall insulation, all installed impressively with no lost time injuries! 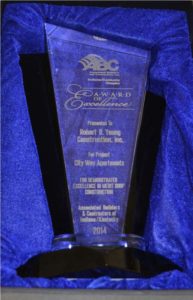 The CityWay Project consists of six five-story apartment buildings, 40,000 square feet of Podium level retail space, a four-star hotel, and two above-ground parking garages.  It is one of the first privately owned and publicly financed projects to become an example of what can be accomplished by vision, solid direction, and team effort.  This project took an orchestrated effort to complete on time with limited areas for equipment, supervised crews in multiple locations with different start and finish times, over 80 qualified tradesmen at its peak time, and with NO LOST TIME INJURIES.

Robert D. Young Construction, an ABC Contractor, is proud to have been chosen, by the owner, to finish the four-star hotel over a union contractor and to have been a part of this successful, high profile project. 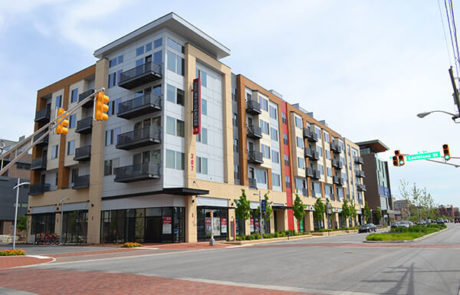 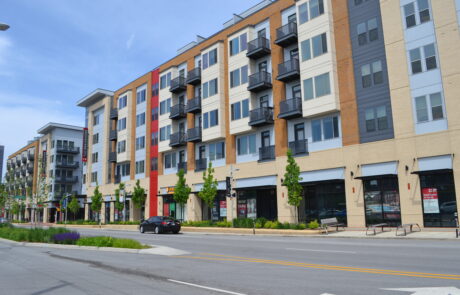 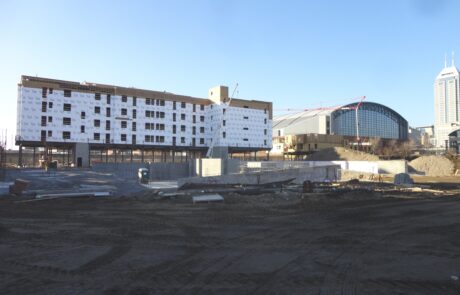 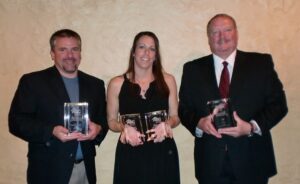 Setting the bar for Green Construction with the largest green roof in Circle City, 3 Mass Condos is a 12 story, $30,000,000 mixed-use residential facility sitting at the footsteps of the 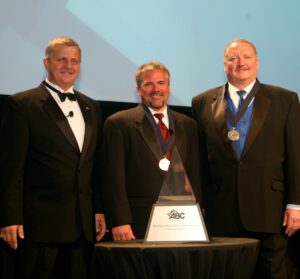 Massachusetts Cultural District and at the edge of the city’s corporate center. 3 Mass has a unique look that some compare to a cruise ship. RDYCI contracted over $2,000,000 of work utilizing 600,000 linear feet of heavy gauge steel framing, installing approximately one million sq. ft. of drywall and several hundred thousand square feet of insulation. RDYCI began the curtain wall construction in the fall of 2008 and carried through the tough winter weather of early 2009.  3 Mass boasts having a 10th floor penthouse as the Dream Home of Indianapolis Monthly for 2009.  Robert D. Young Construction, Inc. would like to thank 3 Mass Condos, LLC, Keystone Construction, and our employees for delivering another successful project. 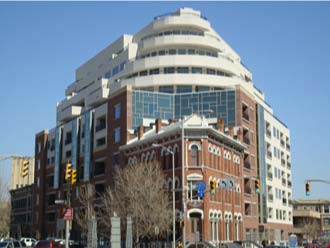 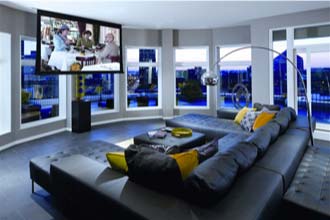 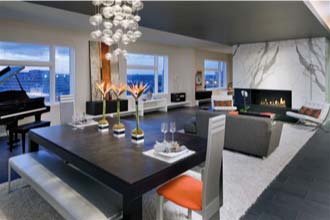 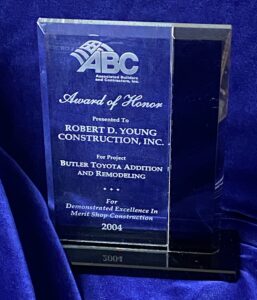 These new car showroom ceilings consisted of an open deck with independently hung drywall features, or “clouds,” as they are commonly referred, curved on one or both ends in an upward or downward direction. This design also included track type lighting suspended from the face of the clouds to wash the surface with light. The complete design necessitated a perfect drywall finish to achieve a seamless appearance, accomplished by highly skilled technicians that take pride in their performance. A unique Midwest application, this effect achieved a one-of-a-kind futuristic atmosphere, complimenting the owner’s showroom products. 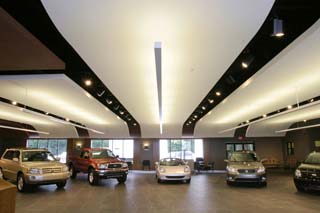 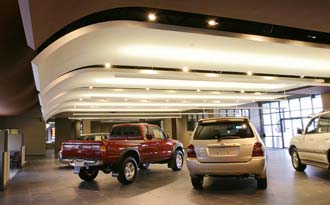 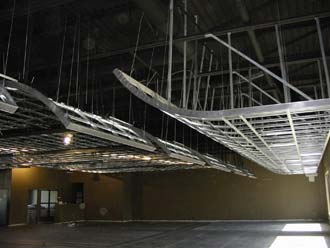